This is what happens when I have a craving and I decide to turn it into a breakfast recipe. 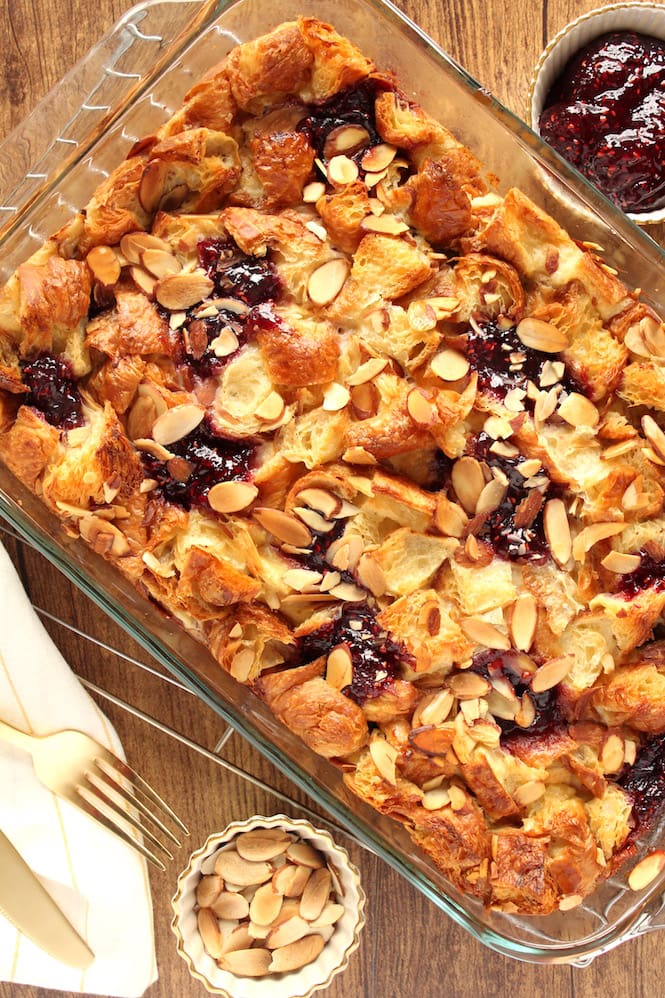 So, with visions of almond croissants dancing around my head I created the ultimate in breakfast foods which is a combination of croissant and french toast – another one of my favourite breakfast foods.

This breakfast dish is perfect for a crowd. Whether you’re hosting a brunch or have guests staying over, I suggest you make this recipe.

Turn your oven to low broil, place 1/4 cup sliced almonds on the baking sheet and toast 5-6 minutes until golden. Set aside.

Grease your baking dish with butter and turn your oven to 350F. 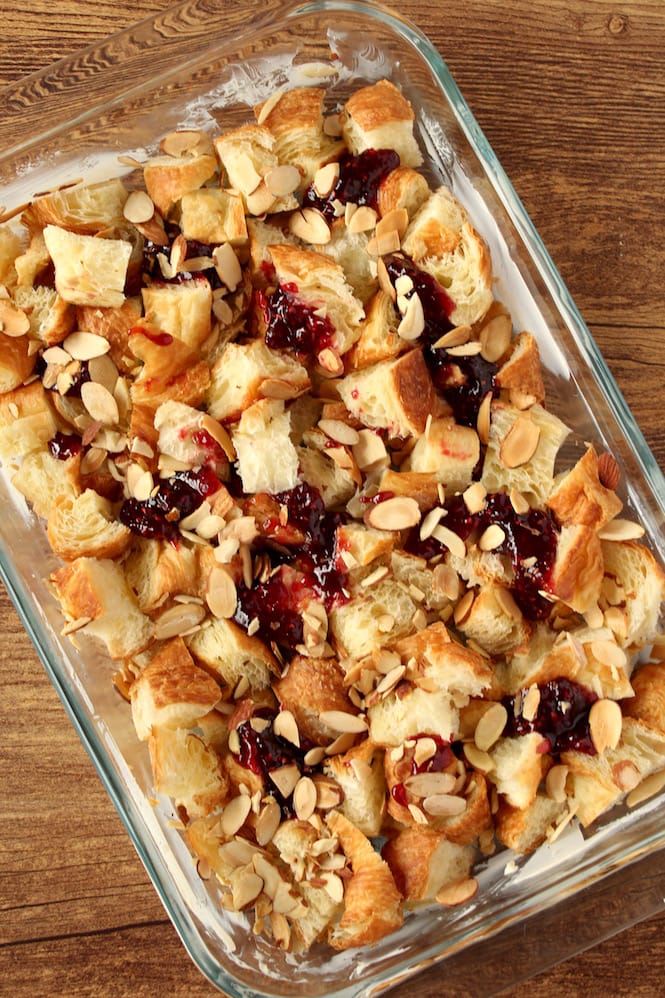 Pour the milk mixture evenly over the croissant cubes to cover everything evenly.

Bake the french toast uncovered for 30 minutes. Then, remove from the oven and cover with foil to bake for the remaining 20-25 minutes. It should be firm when it’s fully baked. 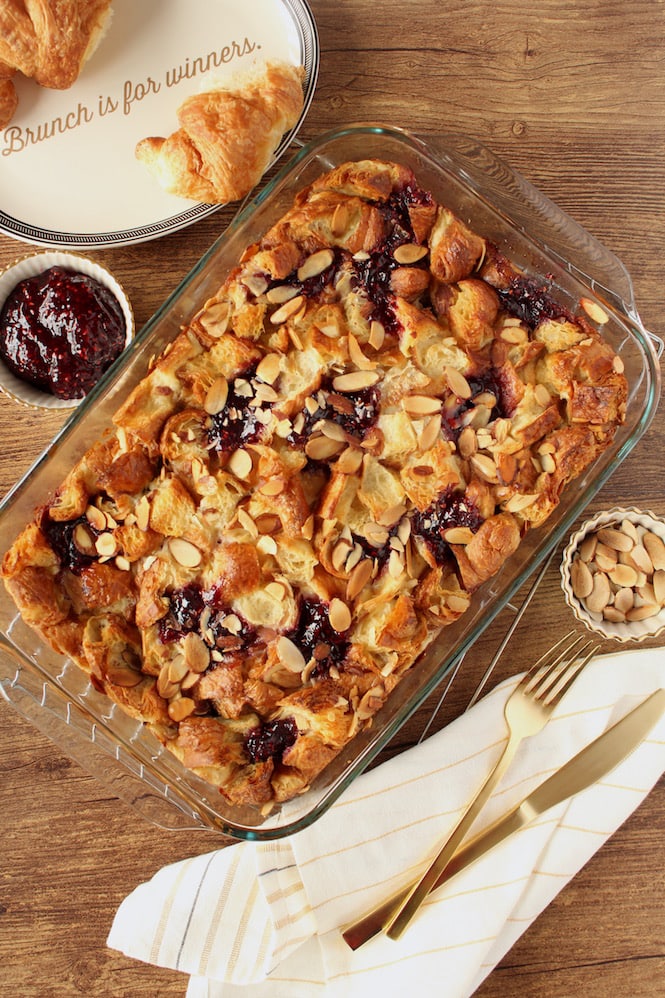 Let the croissant french toast stand for 10 minutes before serving and then sprinkle with icing sugar before slicing.

Cook’s Note: The top will be puffy when its fully baked and then as it rests will deflate slightly but thats ok!

When you’re ready to serve top with butter and a drizzle of maple syrup. 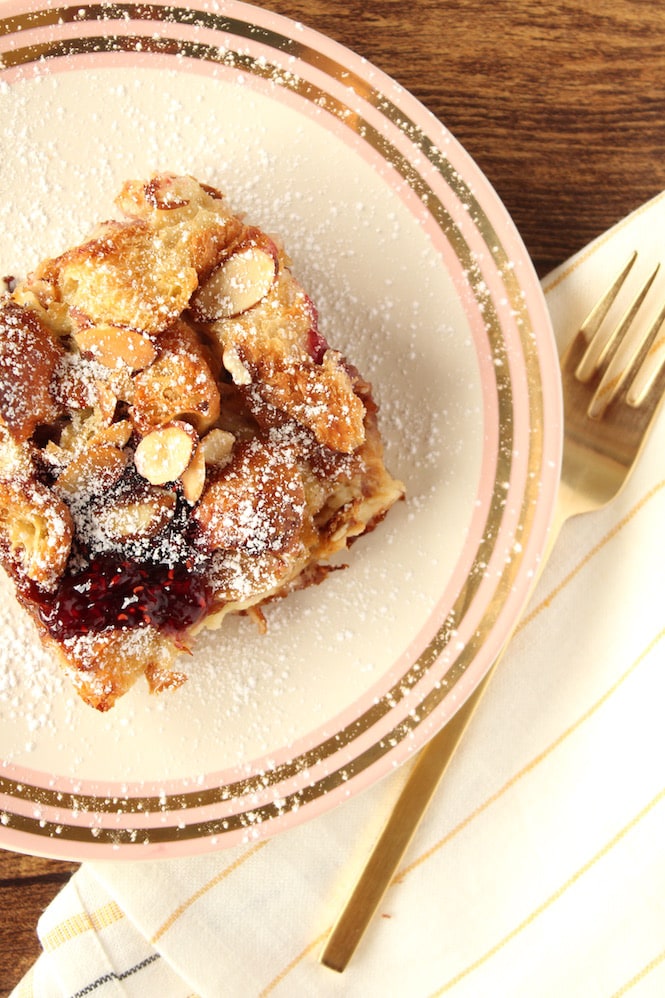 The coziest cocktail for our very wintery weekend,

If you want to escape to the tropics, try my TROPI

You need this Quick Asparagus Gnocchi in your life

This is one of my favourite ways to make salads in

You neeeed this CREAMY POTATO SOUP WITH CHIVES & C

Can’t think of a better treat for the weekend th