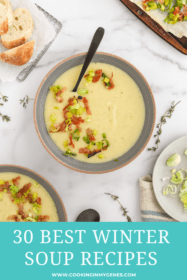 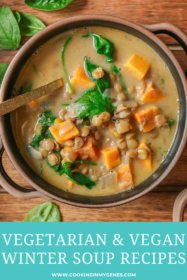 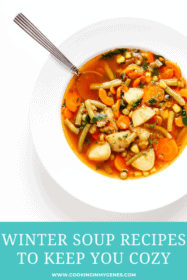 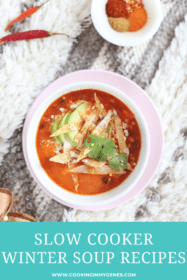 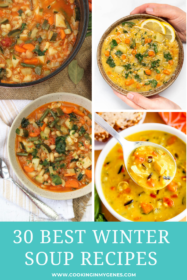 These are the best winter soup recipes to keep you cozy!

Warm up the house on a cold winter’s night with a variety of soups and stews.

A compilation of 30 comforting soups for everyone’s taste, you are sure to find something you’ll love.

Soup is by far the best way to keep warm and cozy during the Winter months.

I find myself cooking soup weekly; whether it’s a simple stove top soup or a recipe in the slow-cooker I am here for all the soup recipes! 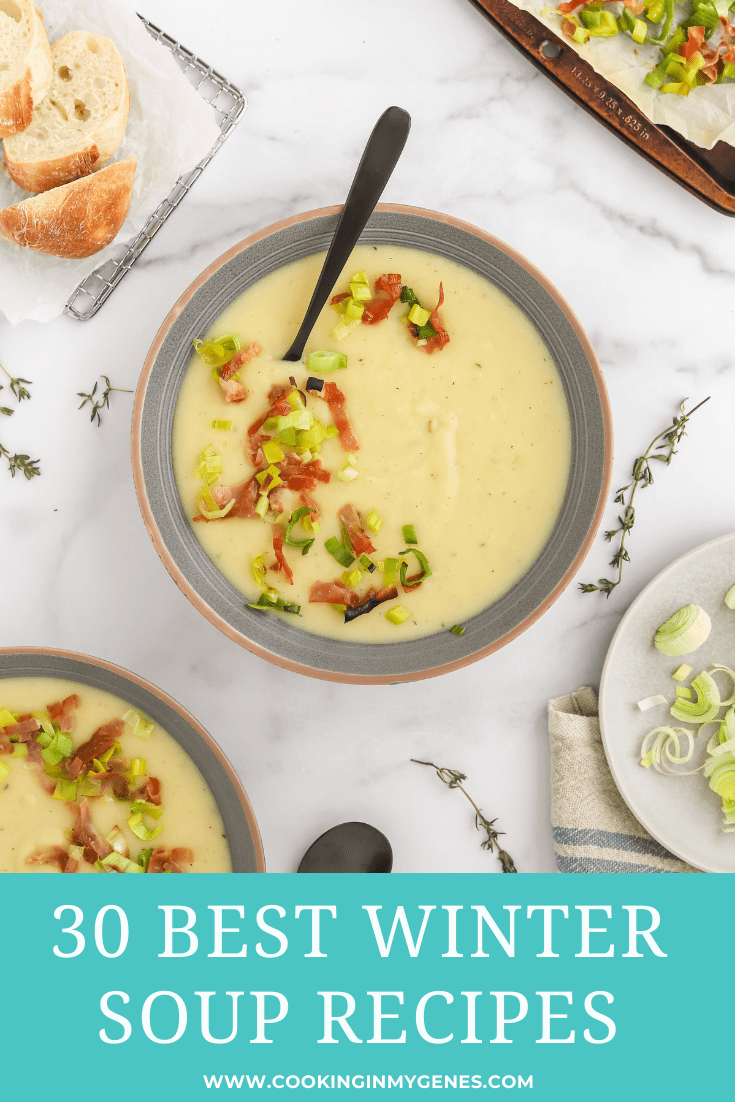 Whether you are looking for easy stove top winter soup recipes; slow cooker or Instant Pot soups; or, adding more vegetarian or vegan soup recipes to your weekly menu you will find a recipe here.

So, with my food blogger friends I’ve compiled the 30 best winter soup recipes to keep you cozy this season:

Harvest Veggie Chowder by Eat What You Sow

Simple Potato Leek Soup by Cooking in my Genes

Peanut Butter Soup by In the Kitch

Homemade Chicken Noodle Soup by Cooking in my Genes 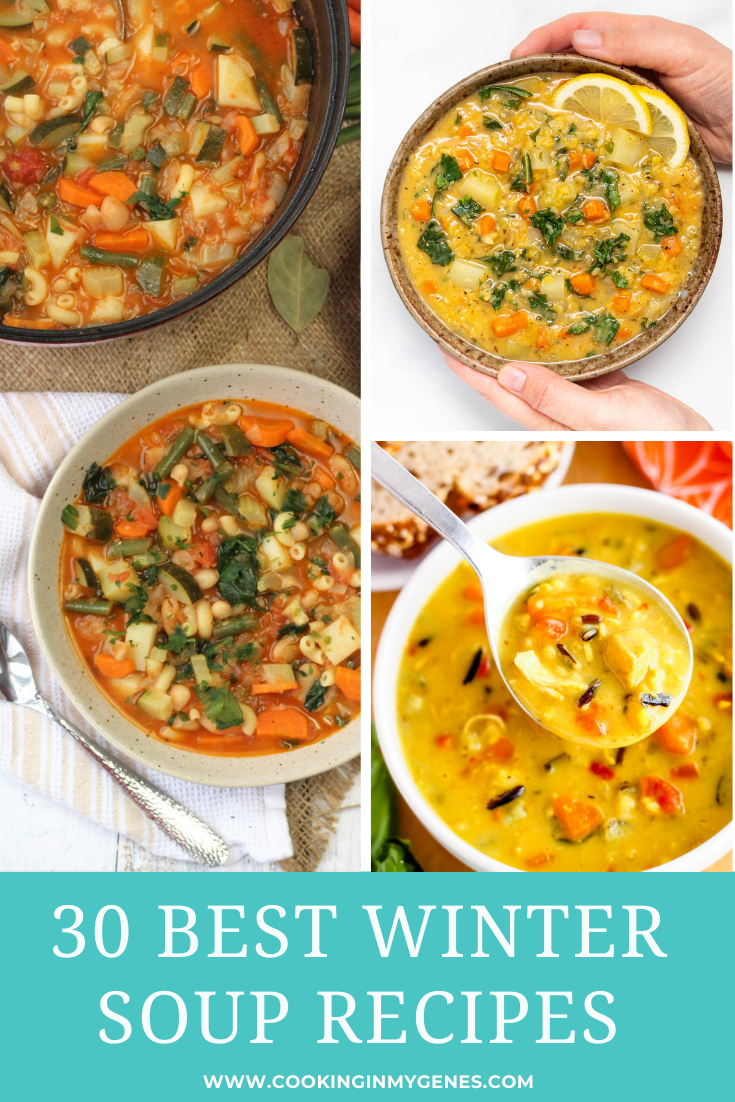 Crock Pot Chicken Taco Soup by Mom vs The Boys

Red Lentil Soup with Lemon by A Virtual Vegan

Thai Sweet Potato Carrot Soup by A Taste of Madness

Healthyish Broccoli Cheddar Soup by Cooking in my Genes 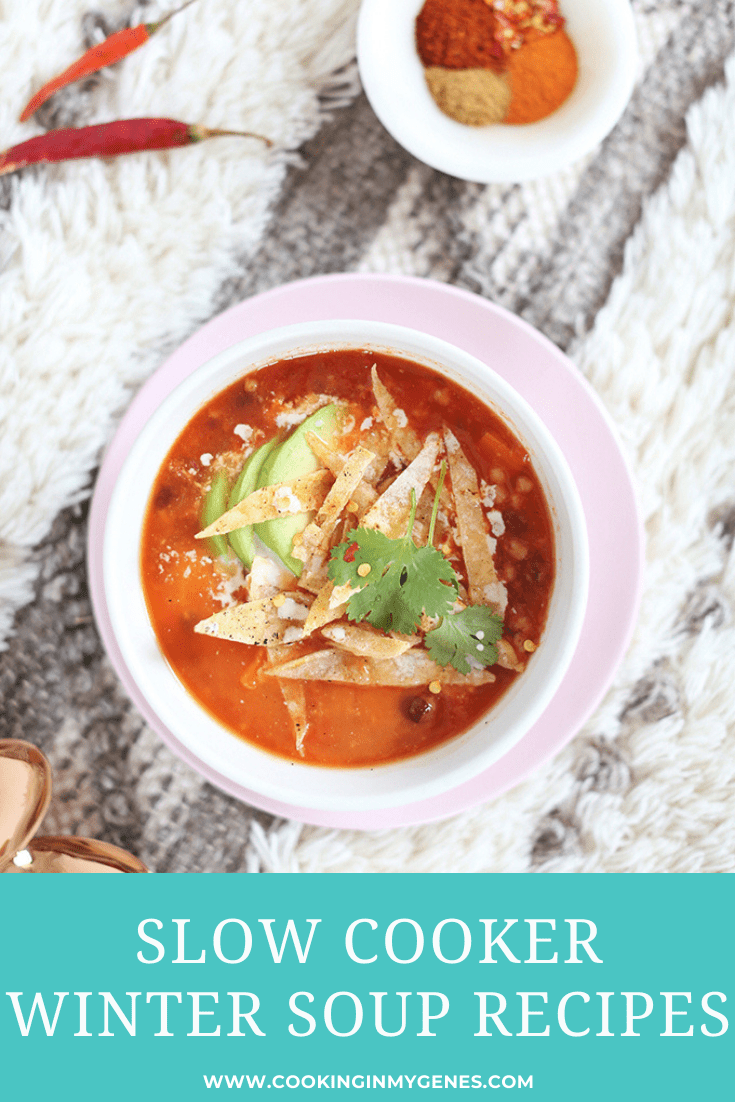 Thank you to my food blogging friends who contributed to this wonderful round-up!

I hope you’re able to find a deliciously cozy soup recipe for the Winter season.

These are my favourite QUICK & EASY PEANUT NOODLES

The coziest cocktail for our very wintery weekend,

If you want to escape to the tropics, try my TROPI

You need this Quick Asparagus Gnocchi in your life

This is one of my favourite ways to make salads in

You neeeed this CREAMY POTATO SOUP WITH CHIVES & C